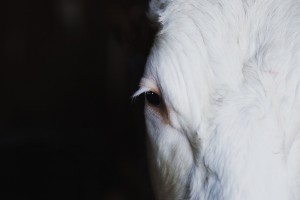 Christmas is thought of as a ‘time of giving’. Indeed, one study details how 1 in 3 of us donate more around Christmas than at other time of the year. An increased sense of giving may also show itself especially in less formal/non-monetary ways too through our interpersonal relations with loved ones and/or strangers. Ironically and very sadly though, the situation gets considerably worse for most animals over Christmas (aside from some spikes in the donations for some animal welfare charities, which a far cry from cancelling out the damage and disrespect done), whether that be unwanted ‘Christmas gift’ animals or the millions of animals being fattened up for feasting upon on this one day.

Some may be sourcing the animal they will eat from a local organic source. This is preferable indeed, but still accompanied by suffering and ethical issues that are inextricably connected to farming for animal meat including cutting animals’ lifespans dramatically short, methods of breeding, stressful and unnatural transportation to the abattoir at their end-of-life stage, and how they are slaughtered; whenever animals are being kept for profit (however small or large a profit it might be), at some point, their welfare is going to take a backseat at some stage to a lesser or greater degree.  It is not possible for small-scale operations that truly cater to all welfare needs (which may not even exist yet) to meet the demand for the world’s 7.6 billion human population; even if it could, significant reductio 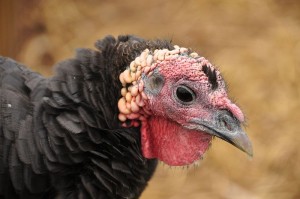 ns in the consumption of meat, fish dairy and egg would be necessary anyway…. Thus, whichever way we look at it, we need to eat considerably more plant-based foods.

Reducetarian, flexitarian, vegan, plant-based (the list goes on)… all of these efforts are valid and contribute positively towards a more harmonious world for the future. The label is not as important as earnest action of some sort to honour the reality of the suffering, exploitation, environmental damage and inefficient systems that we otherwise play a key role in. If we needed to eat animals to survive and thrive, it would be a different story; however, leading health authorities have affirmed that plant-based diets can be equally if not more healthy than balanced omnivorous diets. The feats of plant-based athletes are also testimony to this. So, none of the animal agriculture practices are “necessary”.

Can we find a peaceful and authentic practice of kukkutasana (cockerel pose) knowing what our finances would be supporting and what we would be ingesting? The same can be asked for the practice of varahasana (boar pose) or gomukhasana (cowface pose), or other animal postures that reflect animals traditionally eaten for Christmas dinner across different cultures. And how does pondering on the number of corpses generated through animal agriculture affect our authentic and peaceful experience of savasana (corpse pose)?

We don’t need to be religious or Christian to find the current mainstream Christmas practices to be a dishonor to Jesus’s birth. Let’s invite in the wisdom of yoga and move past any urges to remain willfully ignorant of animal farming practices and our involvement within them. Let’s step into our responsibility. What will quiet moments of awareness and reflection offer to you this year?

A presentation on the welfare of bovine milch animals in India…

Based largely on the recent work of FIAPO, one of the charities Animalia Asana® fundraises for.

See our courses for yoga teachers and practitioners:

concerns the infestation of farmed salmon with the sea louse parasite. This occurs during the saltwater stage of the multi-stage salmon lifecycle that aquaculture imitates. Naturally, predation on sea lice and infected salmon, and low salmon population densities, keep sea lice numbers low; high stocking densities in salmon farming attract sea lice2. They flourish by feeding on salmon skin and mucous. The SSLC economic and environmental costs receive considerable attention, but what are the animal welfare costs?

Most scientists agree that fish are sentient. The precursor of the SSLC—high stocking densities—is itself a welfare issue. Salmon are a carnivorous and migratory species, motivated to hunt and swim thousands of miles in spacious oceanic conditions3. Typical farms enclose approximately 70,000 salmon per 40m-wide pen4, severely limiting their natural behaviour. This can then lead to physical health issues, increased aggression and enhanced intragroup disease transmission2.

Attempts at mitigating the SSLC create additional welfare issues. Despite calls to ban chemicals such as emamectin, fisheries are using increasingly toxic treatments in sky-rocketing quantities to counter emerging sea lice resistance, causing thousands of farmed and wild fish mortalities7. Some fisheries are adopting ‘cleaner fish’ (e.g., wrasse) who eat sea lice; however, Loch Duart farm’s sea lice numbers soar above acceptable levels despite its zealous use of wrasse, suggesting this method is also unreliable8. This method raises other welfare and ethical issues concerning the farming or wild capture of cleaner fish, and their co-habitation with salmon2. To dislodge sea lice, fish may also be submerged into heated water, which has caused numerous mortalities.

In June 2017, over 61% of Scottish salmon farms failed to meet the industry’s recommended threshold of one louse per salmon10. SSLC-induced mortality rates also continue to rise11. Yet the government is neither intervening nor readily sharing sea lice data. After significant pressure from Salmon & Trout Conservation Scotland, a government inquiry into the industry is due in early 201812. Closed sea cages appear the best solution to minimise harm to wild fish and the environment, yet this will not in itself safeguard farmed salmon welfare. Additional regulation is necessary to honour the inclusion of farmed fish within the Animal Welfare Act 200613. Arguably, aquaculture will always remain unethical if alternative means of economical input, jobs and nourishment are possible.

Summary and how you can help

Scotland’s SSLC is only worsening. Welfare compromises in farming salmon cause and result from the SSLC. Wild salmonid welfare is heavily impacted too. The RSPCA-assured label is highly controversial, so we cannot necessarily trust this putative high-welfare label. You can help by boycotting the worst-offending companies. For the greatest contribution, shift to a plant-based diet.